The city is full of famous landmarks, including the Millennium Stadium, Cardiff Castle and Cardiff Bay. As you fly over the Millennium Stadium, Cardiff Arms Park and Cardiff City Stadium you’ll see why Cardiff is known as a great sporting city, it has been awarded the title of European City of Sport twice. The city is also full of history, with Cardiff Castle right in its very heart. There has been a castle on this site for 2000 years, ever since the Roman times.

From the capital city, we also fly along the coast towards Chepstow, which was a major strategic point for centuries, and was a key location for the Normans. The Castle, perched on the cliff top above the river Wye, is said to be the oldest surviving stone castle in Britain.

Continuing to follow the river, we reach the picturesque Tintern Abbey, one of the greatest monastic ruins of Wales founded by Walter de Clare, Lord of Chepstow, on 9 May 1131. Falling into ruin after the Dissolution of the Monasteries in the 16th century, the Abbey has been celebrated in poetry and paintings from the 18th century.

Flights take place on certain days from March until October, once you have purchased and received your voucher contact us to redeem it and book your flight.

If you would like to have exclusive use of the helicopter then you either choose one of our suggested flights or hire the aircraft for 15 minutes, 30 minutes or an hour and decide where you wish to fly to in that time and take the flight whenever you like.

These flights take off form Cardiff City Heliport, only a stone throw away from the city centre. 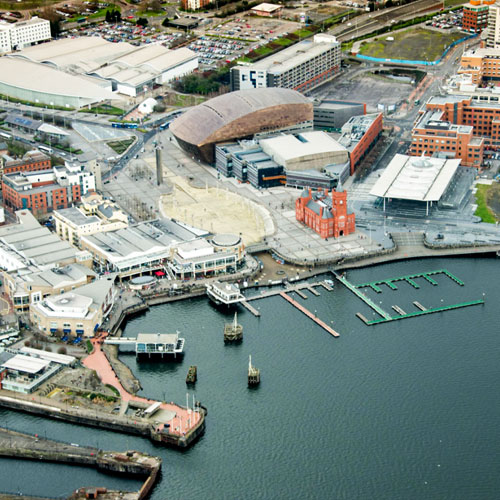 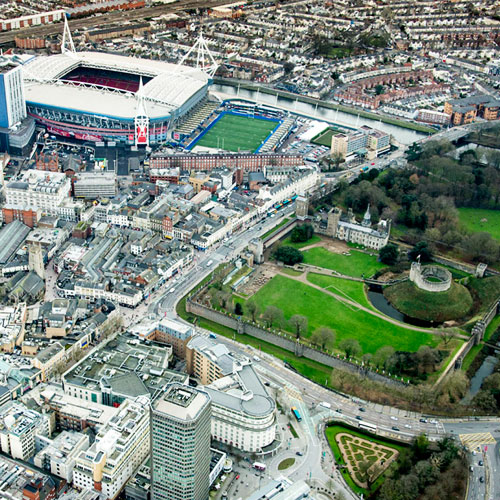